A downloadable game for Windows

In this world, there are magic tablets that contain the power of letters, encoded in English Braille. Each tablet has a magic power associated with the letter that is released when used as an attack. For example, the letter "C" releases a chilling blast that freezes enemies. You can even release multiple tablets at one time, to power up the main attack.

When you release the power of a letter in an attack, you have to input the braille character associated with that letter. If you're successful, the attack will be even more powerful!

All the letters released in an attack this way are added to the "Chain", a list of letters that are floating in space. When you smash letters together, they might form words. And when that happens, the Chain releases a powerful attack against your enemies! Try to build words with your Braille attacks along with normal attacks to maximize strategy, but watch out for your opponents manipulating the Chain too!

Currently in alpha and suspended development right now. Do want to make this later down the line. I want to redesign the Braille engine to be more than just flashcards :)

The Sequence was built with blind accessibility in mind from the ground up. Even though it has impressive visuals, it also has a high level of accessibility for blind and visually impaired users, allowing for free 2D movement, detailed menus and descriptions. Features include wall and hallway detection, labeling landmarks, step sounds, visual descriptions, and full keyboard compatibility.

To configure for blind accessibility, go to %appdata%/the_sequence on your computer, then open config.ini. If this directory doesn't exist, run the game once and exit (ESC + Z). Change these options to the following:

You can also set disable_graphics to true as well, and this will turn off the graphics, increasing run speed on slower computers.

The main game code for The Sequence is not open source, however, several parts that were used to build it are.

Speech-DLL - The DLL that allows Game Maker to talk to SAPI. NVDA support is planned in the future.

Game Stat Builder - A dev tool to help produce data files for the game. Please note I'm adding accessibility gradually. I have some level of Form accessibility working for Characters but its not a priority since its just a Dev tool. If you're interested in helping, submit a pull request.

Join us on discord!

Support me on Patreon!

Simply extract the file from the zip folder and run the executable. You should be able to run the game perfectly!

To configure for blind accessibility, go to ``%appdata%/the_sequence`` on your computer, then open ``config.ini``. If this directory doesn't exist, run the game once and exit (ESC + Z). Change these options to the following:

You can also set ``disable_graphics`` to ``true`` as well, and this will turn off the graphics, increasing run speed on slower computers.

I will make this more easy to change in the future. Thanks!

so does this game have a manual? If yes, then plese tell me where to get it? And, how do i check the stats of characters and remaning hp and all of that singing? Thanks and best of luck to you

Sorry for not replying sooner, I have been having a lot of health issues lately.

Not yet unfortunately, this game is being put on hold cuz I want to redesign the braille mechanic and I’m trying to get funding for my other game, Philosophy Fantasy. That game i think will be a lot easier to push out in 6-12 months haha.

With stats, there are 10 sets of access keys that you can press that show stats. It will read various parts of the HUD 1 by 1. I think the default is starting with the Q key, but it might be the numeric keys instead.

There is also a way to navigate the stats as a menu but i dont remember what that is, I havent updated this game in a few months.

hey from a blind player. The game is great and intresting and it's waiting for me to fully explore it, i hope it gets improved in the content and accessity, most to the content. If i have any subgestions i'll write them here, thanks 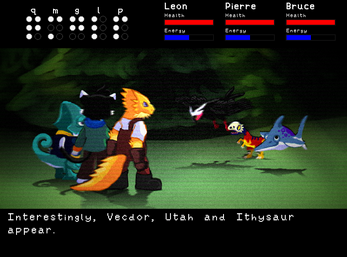 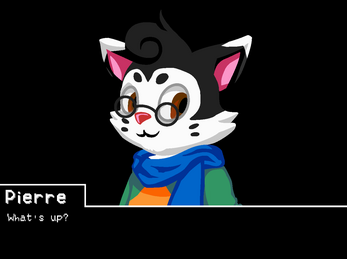 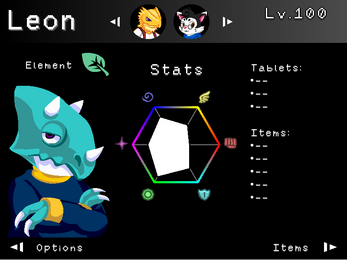 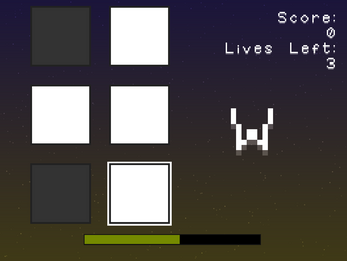 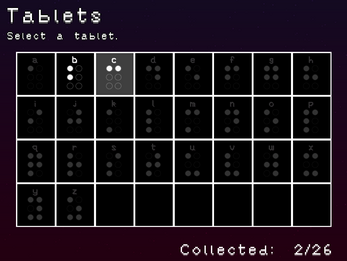